Bats in the house? If you need bat control we can help. Our bat removal service specialists can take care of all your bat problems. 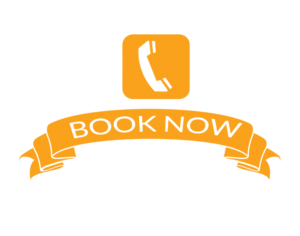 Big brown bats weigh between ½ and ¾ of an ounce and their wingspan ranges from 13 to 16 inches. Their forearms are 1 ½ inches long. Their fur is long, tends to be oily, and ranges from light to dark brown. Their dark brown colour contrasts with the black of their muzzle, ears, and wing membranes. Their ears are short and blunt. Their snout and mouth are broad, and their tail membrane is not furred.

The big brown bat is found in virtually every American habitat ranging from timberline meadows to lowland deserts. Although, they are most abundant in deciduous forest areas. It is often abundant in suburban areas of mixed agricultural use. This species ranges from extreme northern Canada, throughout the United States and south to the extreme southern tip of Mexico. Traditionally, these bats have formed maternity colonies beneath loose bark and in small cavities of pine, oak, beech, bald cypress and other trees. Common maternity roosts today can be found in buildings, barns, bridges, and even bat houses.

Small beetles are their most frequent prey, yet big brown bats will consume prodigious quantities of a wide variety of night-flying insects. They are generalists in their foraging behavior and habitat selections, showing little preference for feeding over water vs. land, or in forests vs. clearings. Numerous feeding studies of big brown bats exist indicating that they consume significant crop and forest pests including ground beetles, scarab beetles, cucumber beetles, snout beetles and stink bugs. Like many bat species, reproductive females often can consume their body weight in insects each night. In fact, a colony of 150 big brown bats can consume enough adult cucumber beetles in one summer to prevent egg-laying that would produce 33 million of their root-worm larvae, a major pest of corn. Like all insect-eating bats, big brown bats contribute mightily to a healthy environment and are vital players in the checks and balances of insect pests.

Big brown bats can live up to 20 or more years, but the average lifespan is thought to be considerably less. Mating occurs mainly in fall and winter but females do not become pregnant until spring, just after hibernation. The young are fed milk for roughly 4 to 5 ½ weeks, learning to fly between 3 and 5 weeks, and staying and foraging with their mother for another 2 to 2 ½ weeks. Maternity colonies commonly contain 20 to 300 bats, consisting of pregnant females, females with nursing young, and females with well-developed young. Maternity roosts are typically located in buildings, under loose tree bark, within tree cavities, or cliff-face crevices and recent genetic studies have shown that most females in maternity roosts are closely related. Males typically roost solitarily during this time.

Big brown bats can migrate hundreds of miles, but southern populations are likely to be year-round residents. They hibernate during the coldest parts of winter, but their relatively large size allows them to remain active at lower temperatures, in comparison to most North American bat species. Hibernation sites include caves, deep rock crevices, tree cavities, snags and man-made structures with stable temperatures between 32 and 41 degrees Fahrenheit. Typically found hibernating solitarily in rock crevices, or in groups of dozens of bats in man-made structures or caves between early December and March. Natural predators include snakes, owls, raccoons, and feral cats and human-induced threats include pesticides and habitat degradation and loss.

Big brown bats clearly rank among America’s most beneficial animals and as they are forced out of traditional forest habitats due to encroaching human populations, logging, and habitat modification, they will move into increasingly close human contact, taking up residence in buildings and other man-made structures. But, humans and bats can coexist peacefully. Sometimes designing bat-specific artificial roosts is the best option to keep bats out of our homes, yet near enough so that we can continue to benefit from their insect-eating capabilities.